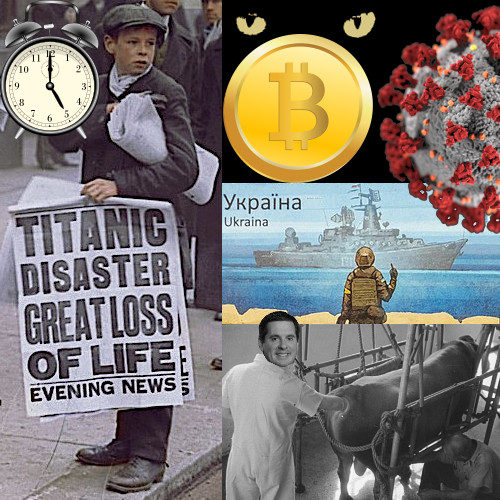 We wished everyone a Merry Underpass and Hopping Oyster.

Subway shooting attack, locked doors penned people in. If there were no doors at all the shooter could have had more targets.

RMS Titanic sank 110 years ago yesterday. Would a mishap in Southampton Harbor have saved the Titanic?

We talked about the CEO of the Trump's "Truth Social" site, Devin Nunes, saying Twitter was like a ghost town now. He was countered, on Fox no less, by the figure that Twitter has about 217,000,000 users. "Truth Social" has lost 93% of its traffic since it's first week in operation.