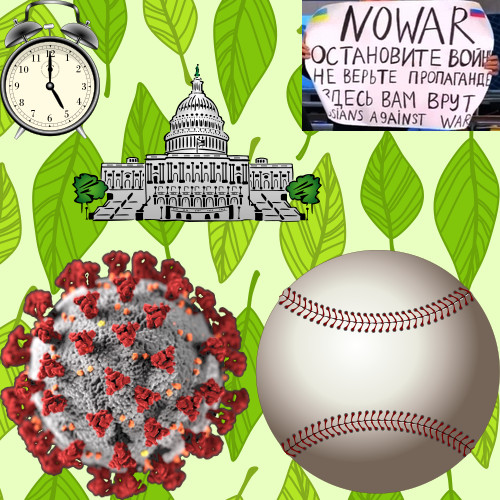 We talked about the war that Russia is waging against Ukraine.
We talked about Marina Ovsyannikova's protest of Putin's war during the Russian news broadcast.
We talked about a former football player named Herschel Walker who made some amazingly stupid statements in denial of evolution through natural selection, and this guy's running for the United States Senate from Georgia.
We talked about Trump's former communications director letting people know that Trump actually dispises his followers and thinks they're just suckers.
R. Paul talked about how glad he was that Daylight Saving Time is back.
We aired audio of New York Yankees Manager Casey Stengel's testimoney before Congress in 1958.
We talked about a jury convicting a January 6, insurrectionist on all counts. And we talked about why that was so important.