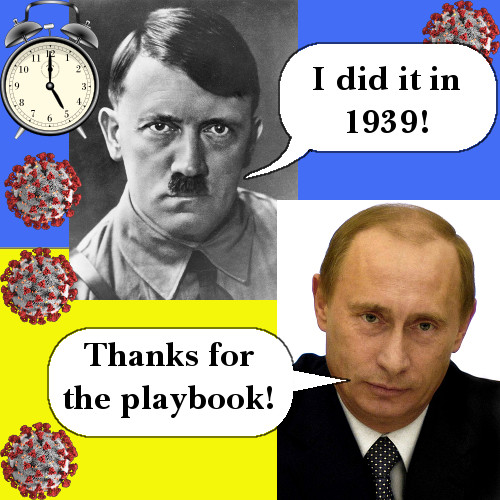 We talked a lot about the Russian invasion of Ukraine. Valdimir Putin used some of the same lying tricks that Adolph Hitler had used to justify his invasion of Poland in 1939.

It's being reported that over 1,700 Russians have been arrested in Moscow for protesting this war.

We talked about Trump praising Putin and attacking Biden. Trump claims that Putin wouldn't have invaded if he were still president. We think that Trump would probably have helped his pal Putin! Trump also claimed that, "It all happened because of a rigged election." He's still telling that lie.

We talked about homophobic legislation and an attempted murder in the same vein.