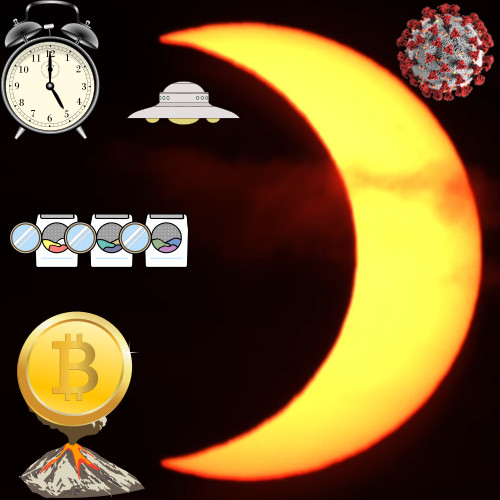 We talked about a lake in Blue Heron Park in the state of Washington where there was a confrontation between a bigot boat and a pride boat. Bigot boat sank.

We talked about the current UFO issues, after the Pentagon issued its report. Yeah, they're not space aliens. But would, or could, the Pentagon tell us if these things were part of an experimental American project?

We talked about a controversy that came up at the WBAI LSB meeting regarding whether Pacifica should sell a non-fungible token, with the attendant crypto-currency carbon footprints involved.

Pickles of the North told about her first trip to the laundromat in 15 months.

We talked about Trump and his delusional pals, including the patent pillow crackpot who's saying Trump will be president again in August. We also now have a former general and national security advisor to the president calling for the overthrow of the government.

Here's the Web page for this program.

You can find R. Paul on