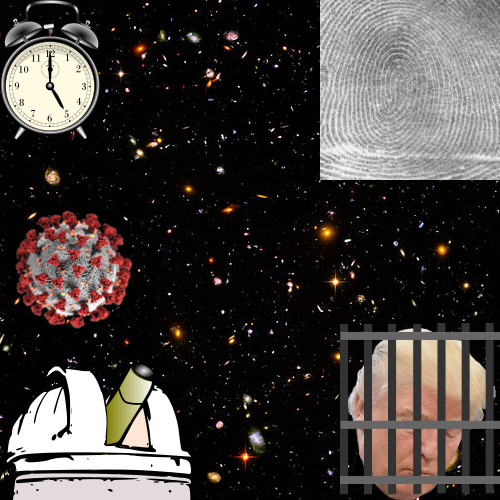 We talked about a couple of astrophysicists who've created te largest map of the cosmos ever made, and there are some discoveries coming from that effort.

Microsoft president Brad Smith told the BBC that he sees danger in AI enhanced surveillance that could bring George Orwell's predictions for 1984, actually happen in 2024. We gave some recent examples that seem to fit that prediction.

We talked about Manhattan District Attorney Cy Vance Jr. impaneling a grand jury to weigh evidence in a criminal probe into former President Donald Trump and his businesses. We're hoping that Trump goes to prison, but those books are probably pretty well cooked.

We talked about ranked~choice voting and how it will work out in the primary elections.

There is a Web page for this program