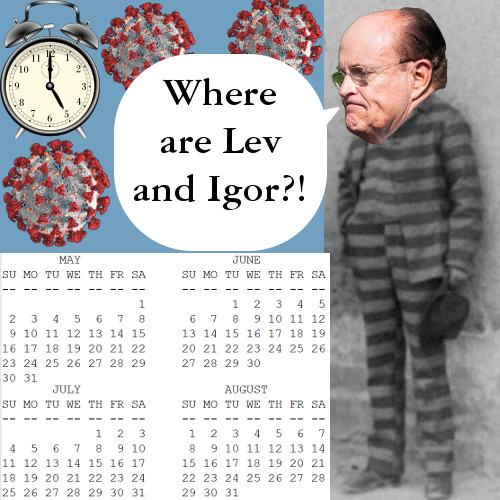 Trump's lawyer Rudy Giuliani's Manhattan apartment and law office were raided by federal investigators armed with search warrants. This may all revolve around the vase again Giuliani over his being an unregistered agent of a foreign country as he tried to help Trump smear Biden in the 2020, election.

Right-wing sophists attack the Biden Administration over a made up claim that he's trying to limit American to four pounds of meat a year.

New York State lost a seat in Congress because 89 people didn't bother to participate in the census.